Scientists from the Department of Biodiversity, Conservation and Attractions (DBCA) based at Kings Park and Botanic Garden have been investigating how best to conserve Bussell’s Spider Orchid.

Their germination success comes as a result of The Rare Bloom Project™, a partnership between WWF-Australia and Botanica by Air Wick in collaboration with the Australian Seed Bank Partnership. This nation-wide project aims to improve conservation outcomes for 120 native Australian plant species.

The rare bloom of Bussell’s Spider Orchid is known from just 13 plants in a few small populations in the Busselton region of southwest Western Australia.

The recently germinated orchid seeds were originally collected in 1999. For the last 22 years, these tiny dust-like seeds had been conserved in cryogenic storage at Kings Park, along with the symbiotic fungi which help the orchid seeds to germinate and grow.

“Germinating orchids is a delicate process. We first need to cultivate the orchid’s partnering fungi on agar jelly, and then the seeds can be fed by the fungi to get the nutrients they need,” said Kings Park Research Scientist Dr Belinda Davis.

“By germinating this older collection of seeds, we now have valuable information about how long this rare orchid and its partnering fungi can survive in storage. Since the wild parent sub-population of those seeds no longer exists, these germinated plants represent a precious source of genetic diversity. Seedbanks are vital to the conservation of species that find themselves on the brink of extinction.”

Germinating these seeds is one part of a larger journey of recovery for this rare orchid. Bussell’s Spider Orchid has been the subject of one of the largest orchid translocation efforts undertaken by conservation staff at DBCA, with 560 plants grown at Kings Park now boosting wild populations.

The next stage of this research is to monitor the translocated plants and identify other potential translocation sites. Researchers will cross-pollinate plants in the four remaining populations and collect the resulting seeds to increase the genetic diversity of existing collections. Seedlings will be raised in the nursery to one day be re-introduced to the wild and planted into the display gardens at Kings Park for public education and enjoyment. 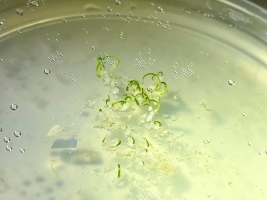 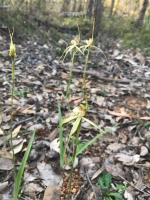