We are thrilled to present the 2021 Kings Park Festival from 1 – 30 September!

With stunning displays, a variety of walks, talks and wellness events plus thousands of WA wildflowers in full bloom, there is so much to see and do in Kings Park this spring. There are so many ways to be a part of the Kings Park Festival this September.

Enter our photo competitions or participate in our biggest community art project and join in the Emergence! Join us for a spring stroll with the experts in Kings Park and Bold Park.

Most walks are free but places are limited. Register for your favourite walks now! With chill-out zones, acoustic musicians and outdoor games, pack a picnic and enjoy an afternoon among the wildflowers in Kings Park this September. From tai chi to meditation and yoga sessions, we've got your wellness covered in September.

Join us at May Drive Parkland with our wellness experts and enjoy the serenity of spring while improving your fitness. 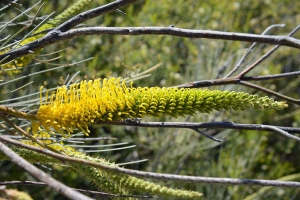 The Botanic Gardens and Parks Authority (BGPA) is proud to announce the launch of Poolgarla Family Area, formerly known as Lotterywest Family Area.

The countdown is on to the biggest celebration of wildflowers in WA - Kings Park Festival! Running throughout September, the Festival will celebrate the amazing flora of Western Australia blossoming across the State and the thousands of wildflowers in full bloom in Kings Park and Bold Park.